August was a quiet month for the Council but I know that wasn’t the case in the parishes where numerous events including fetes, garden produce shows and gardens open to the public were taking place, many in aid of good causes. There is no doubt that many residents of Mortimer ward are very active in their community but I am sure the villages could always do with more volunteers.
On the 3rd October I attended with my husband, what I believe is the first Wigmore Show. We had some scrumptious cake in the village hall followed by a display of dancing by local young people. We then walked up to the church, took part in the scarecrow judging and looked at the wonderful display of fruit, veg and flowers, along with some really beautiful poetry and some great photography. I am a keen photographer myself but could never have competed with what was on show. Well done to all those involved, particularly Ken Wade who I believe was the main organiser.
On the 9th September I met with a representative of Balfour Beatty to consider what measures might be taken to improve the crossing of the High Street by children going to and from the school. It became clear that there was no easy solution. The results of these discussions have been passed to the parish council.
I met with PCSO Knight to discuss policing matters in the Mortimer ward. He advised that although crime was relatively low in the ward, there had been a number of items of agricultural equipment stolen and properties burgled. It is really important that we all keep a look out for those vehicles or people acting suspiciously.
I was invited to the opening of the refurbished Hereford Leisure Centre on the 18th September and was very impressed with what I saw. In particular, if you have a son or daughter who is really interested in gymnastics, the facilities here are second to none.
Myself and other councillors met with the Care Quality Commission, prior to their recent inspection of Hereford County Hospital. As you know the hospital had a bad inspection previously and I am hoping that this time it will show considerable improvement. I am sure most of you who have the unfortunate necessity to attend have a good experience, but that has not been the case for all residents.
The Herefordshire Local Plan was endorsed on the 16th October at Full Council. I know that not everyone is happy with all it contains but it will make it much more difficult for speculative developers to have their plans passed. It is now up to the individual parishes, where appropriate to submit their Neighbourhood Development Plans for examination by Herefordshire Council.
The budget consultation period has now closed and over the coming months councillors will be considering resident comments which will assist in the budget setting process in February.
I met with the Head of Wigmore school on the 12th October, along with other members of his staff to discuss school transport concerns. I have agreed to provide the school with answers to their questions and pursue with the council their concerns.

Please use the following link to view and/or download the Mortimer Village News from August 2015:

New path up to Wigmore Castle 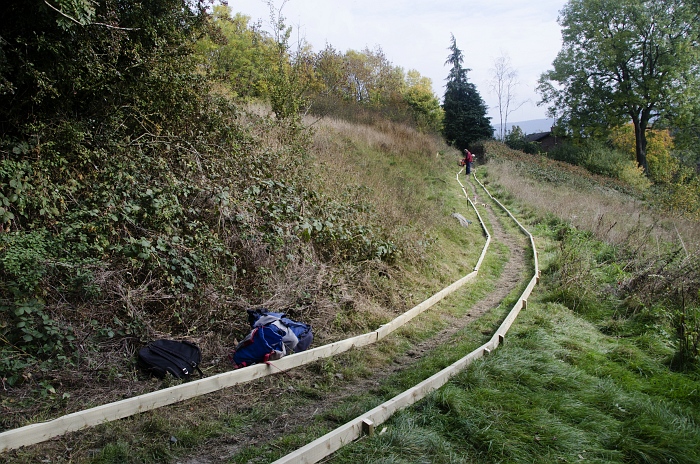 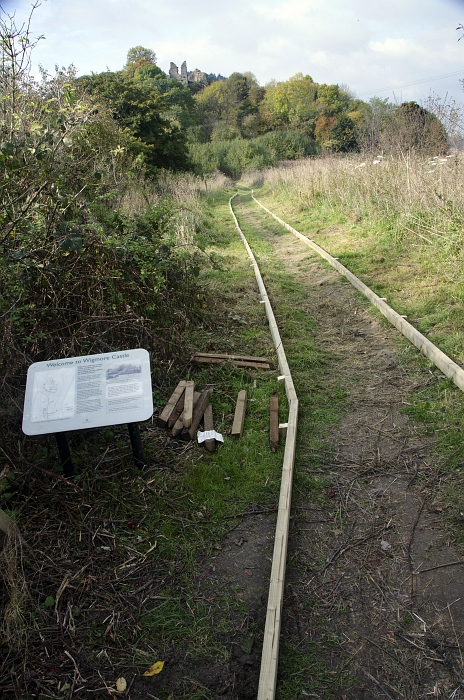 Work has begun on improving the path up to Wigmore Castle from the village. At last the muddy and overgrown track is being replaced by a proper path. Completion will be a few weeks off as the work is being carried out on a volunteer basis. Three willing gentlemen from the Ramblers’ Association Hereford Group were up there yesterday doing the hard graft so we should all be thankful to them for their efforts.