Please click to download the agenda for the next meeting of Wigmore Group Parish Council
11 January 2016, 8pm at Wigmore Village Hall. 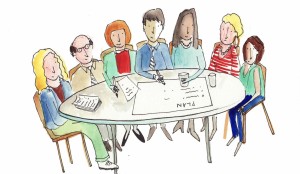 A process of determining and documenting the needs of our villages over the coming 20 years. This process requires consultation with residents and stakeholders as well as recognising the requirements of the Herefordshire Core Strategy 2013 to 2031.

In these villages an initial paper survey has been conducted to gather residents views on a number of topics. After further consultations with residents and other stakeholders and an independent assessment of any proposals, the parish council will present a proposed plan to the local authority. Once agreed this plan will be the subject of a local referendum for residents.

With a simple majority in the referendum the plan may then be adopted and will have the force of law supporting it.

A summary of the initial survey findings may be seen as follows:

A number of parish councillors have attended various seminars on Neighbourhood Planning with the local authority. A budget has been compiled and an application for funding is now underway. Within Herefordshire some 12 parishes have now successfully received a grant for their NP process. None have been refused.

The parish council has agreed to use a consultancy to assist with the production of the plan and the costs associated with this work has been included in the grant application. We have been successful in obtaining the grant and we have appointed Kirkwells to assist us in producing a Neighbourhood Plan document.

We are planning to hold an open meeting in mid year at which residents can find more information, take part in workshops, and make their views known to the NPO team on a range of topice including housing, touirism, commercial activities and others that may affect our community.