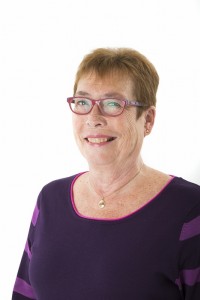 This is the time of year when villages are busy organising, fetes, garden parties etc. and I hope the forthcoming weather is better than recent weeks.
During April I visited Wigmore School and was really impressed with the work going on at the school and the dedication of the staff. We are really lucky in Mortimer ward to have good educational facilities which are envied by many in the County.
Across Mortimer ward I have been receiving complaints about litter bins overflowing with rubbish and not being emptied for weeks. I have also received emails from tourists visiting North Herefordshire who although complimentary about the beauty of the area and the friendliness of the residents see the levels of rubbish as a real eyesore. I am working hard with the Locality Steward Michael Brookes to try to resolve this. If you have any such examples, please let me know.
I recently received, via the school, a petition concerning the lack of a footpath leading from the High Street down part of Ford Street. I have met with the Locality Steward from Balfour Beatty to look at possible options and will be discussing the matter with the parish council at their next meeting.
Following contact from a local resident in Leintwardine I have managed to get agreement that the 491 Wednesday bus to Leominster and Hereford, reaching Wigmore at approximately 9.13 am will in future accept bus passes. I felt it was very unfair, that those elderly people living further along the route travelled free but residents in Mortimer Ward had to pay full fare. I do not know whether this change has yet taken place as I was only advised of the agreement on the 21 April.
I attended the Herefordshire Community Champions Award 2016 and was really pleased to note that in the category of Community Volunteer, all three finalists came from North Herefordshire. It was a very well supported event, enjoyed by all that attended and I would hope that all parishes would look to nominating someone next year. One of the awards was in memory of Olwyn Barnett and was presented to the best apprentice of the year.
Unfortunately I have had no success in getting the C1009 from Ongar Street to the A4110 included in the resurfacing programme for 16/17. Due to the reduction in funds, £800,000 for the whole of Herefordshire, the priorities were high volume traffic, high speed roads and known accident sites, however the govt has awarded approximately £670,000 extra funding for repairing potholes and there may be an opportunity to move money between budgets. I will continue to pursue this matter.
As ever if you wish to contact me about a particular issue, or just a general chat, please do not hesitate to call me on 01568 780583 or email carole.gandy@herefordshire.gov.uk. I am also always willing to pop out to see you.